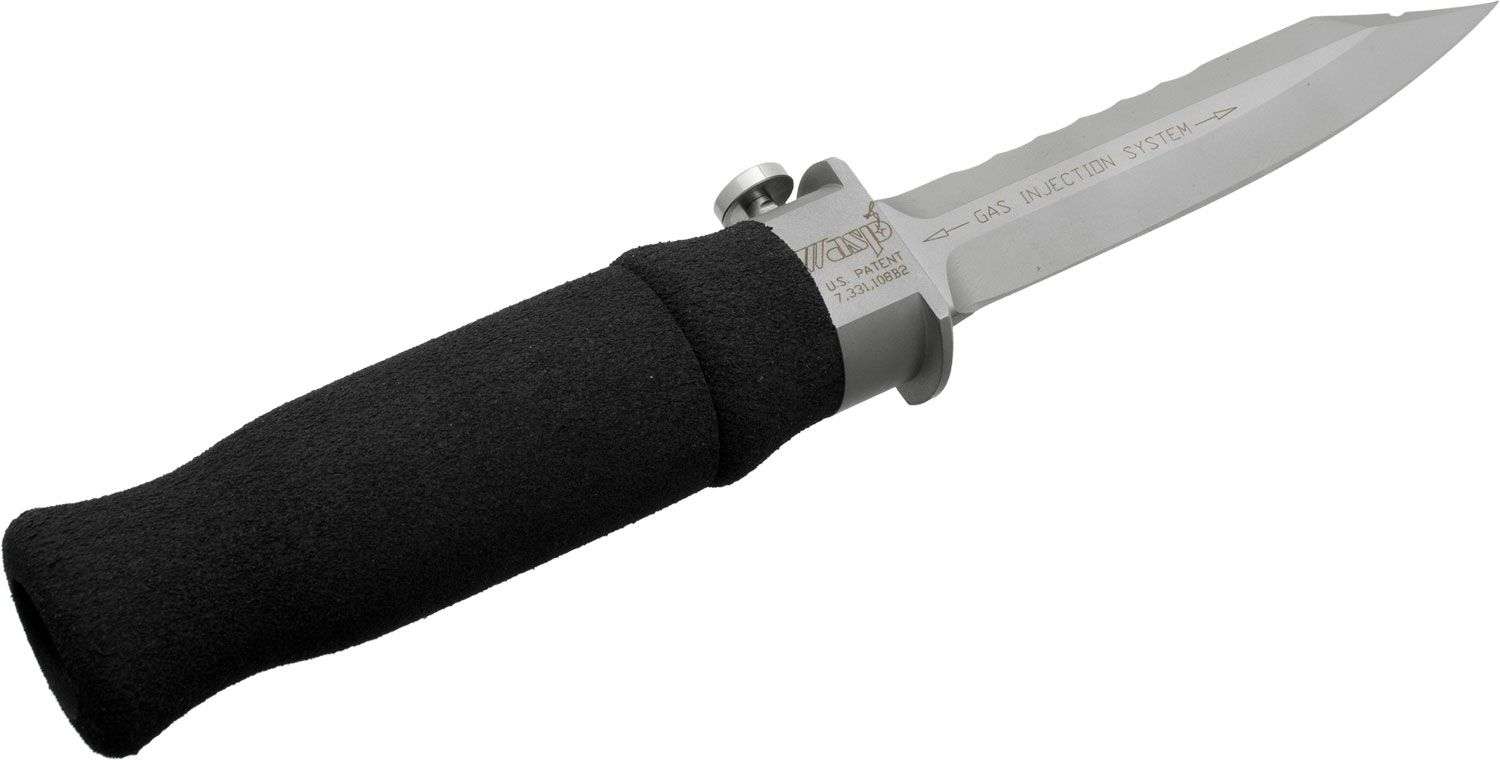 So, I came across this “wasp injection knife” when I was surfing the internet. It sounded really amazing and there were a couple of videos showing it in action. So, it looked pretty amazing, too. But don’t get your hopes up, folks, because I couldn’t find anywhere to actually buy one. All the links that I followed to the “company’s website” were dead. However, this is what I’ve gathered about the elusive “wasp injection knife”.

Apparently, it showed up on the knife scene around 2008 with a pending patented design, which later became official. Basically, the knife blade has a hole, through which high-pressure gas is released from a CO2 cartridge in the handle. The idea is that, after the blade enters whatever you need it to enter (nod, nod, wink, wink), you push a button and the freezing cold, compressed gas shoots out at 800psi. Thus, incapacitating whatever your target is. It’s a one-shot deal and then you have to unscrew the handle and replace the CO2 cartridge. From what I can tell, the company was marketing it to divers as a weapon against sharks, touting that it also “will drop many of the world’s largest land predators”. However, the videos I checked out show only a hapless watermelon and some other household items. Entertaining, no doubt, especially, in slow motion. Just nothing from the actual diving industry promoting it as a viable self-defense tool underwater. That being said, it’s still a pretty amazing concept and looks like it would be awesome to stab stuff with and watch it blow up!

Since, I haven’t had any luck on the retail side of things, I started looking at the DIY route and found one legitimate video that showed how to make a gas injection knife (No verbal directions, just background music.) and then a video where a couple of dudes make a gigantic one just to mess around with. After watching the one serious instructional video, I decided that I just wasn’t into that much build for a toy. If, however, you want to get your hands on the elusive “wasp injection knife” and are willing to DYI it, you can check out the same video below. BTW, if you do happen to find a place where I can buy one, let me know! And if you’re looking for a unique knife that you can actually get your hands on, you definitely wanna check out the M48 Cyclone Knife.