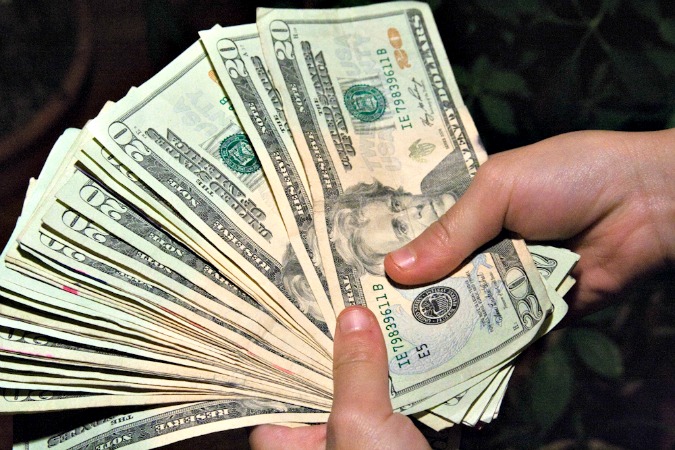 
Okay, so you got your tax refund back and it’s absolutely burning a hole in your pocket. You know that you should use it to pay down your debt just like the financial experts say but …
Here are the top ten most ridiculous things that folks have purchased with their refunds:

Whether it’s breast or butt or chin or cheek, every year hundreds of people (probably under-estimating) give their money to plastic surgeons. Some of you may disagree but I think it’s utterly ridiculous. There are better ways to improve or invest in yourself than going under the knife. Invest in adult education classes to increase your knowledge. A basic auto mechanic class at the local technical school could be valuable and maybe even save you money in the long run. How about taking a course that tells you how to start an online business? Even taking martial arts classes are a better way to invest in yourself than elective surgery. 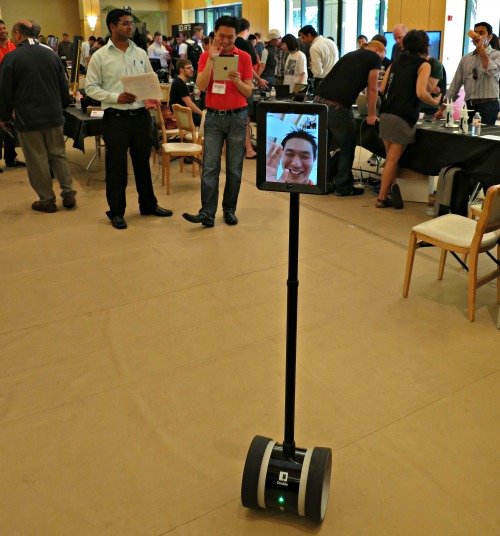 This is the Double Telepresence Robot. You decide.

This is the Double Telepresence. You decide.

Everyone needs a robot that can roll around your home with your face on it so that you don’t have to get out of your armchair to see what’s going on when the kids are screaming. You know, like the one Sheldon uses in “The Big Bang Theory”. Right? No. No you don’t. First off, you probably need to get out of that armchair for exercise sake and second off, your kids won’t take you seriously when you try to disciple them through it. I don’t think that I’ve seem a more useless piece of technology on the market that people can spend their money on. Come on, if you spend your refund on that, you’ve been seriously taken for a ride. (Pun intended.) If you haven’t seen it, google it. It has no arms. It can’t fetch anything or do anything useful except maybe let you sneak up on people. That might be funny for the first couple of times but not to the tune of $2,500.

Yes, we’ve all done it. You’re so close to leveling up or completing that task or building but you run out of diamonds, or coins or energy or lives. You don’t want to wait the hour it’s going to take to recharge. Sooo….you go ahead and buy what you need with real money. You actually use real dollars to buy, in essence, fake dollars. That’s where they get you and games like Clash of Clans and Candy Crush Saga (which are, FYI, the top earning game apps this year) know it and shamelessly offer packages of whatever “you need” for up to $99.99. Please, don’t be one of those folks who fritters away their refund on a gaming app. No matter how tempting it may be. 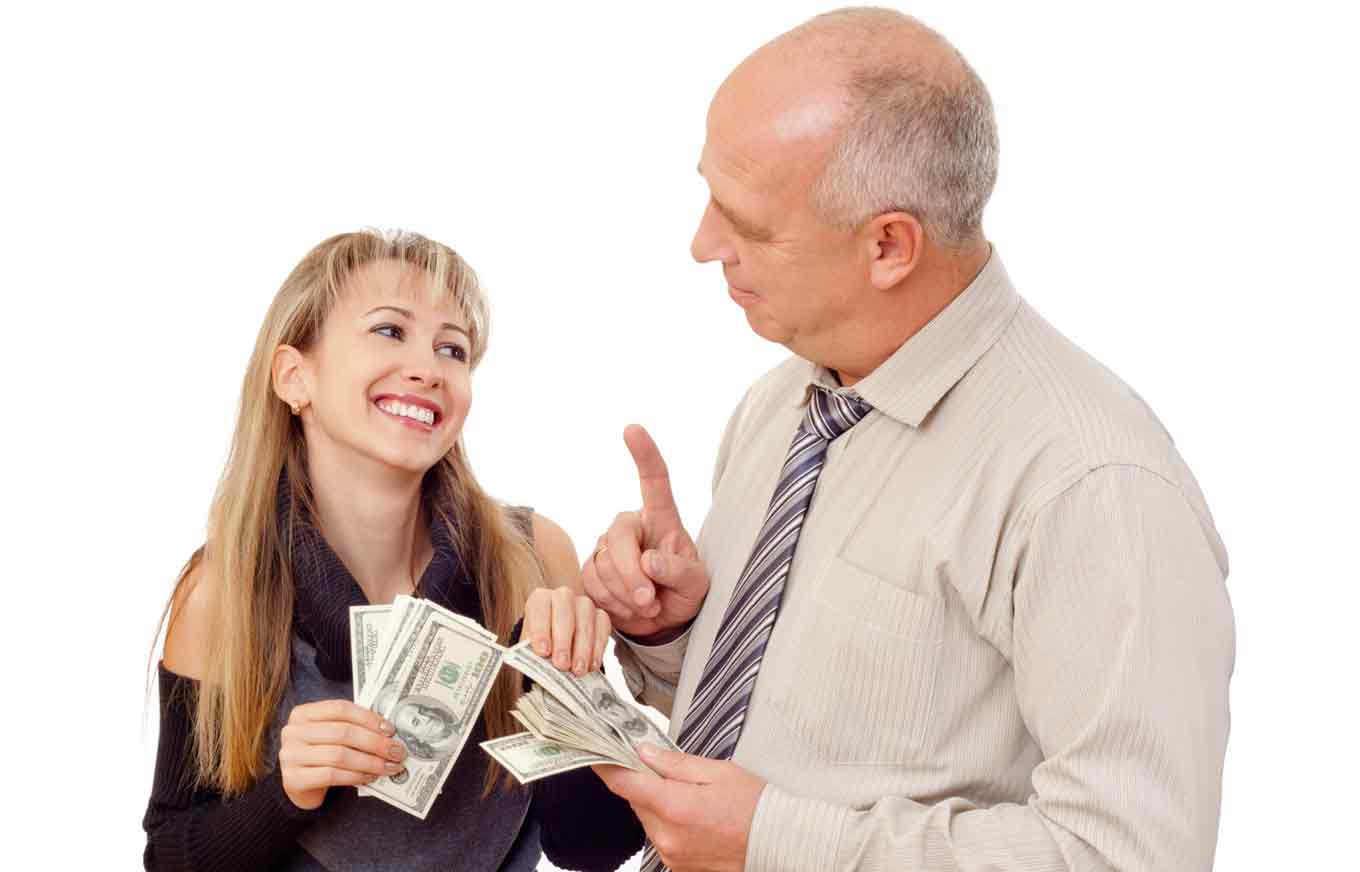 Loaning out your tax refund is a really bad idea.

Loaning out your tax refund is a really bad idea.

Many people, feeling charity in their hearts, agree to loan their refund money to a friend or family member. Okay, barring a life and death situation, this is an incredibly bad idea. Somewhere around February or March, you will develop “loaner’s remorse” because there will be something you absolutely want or need the money for. Then, every time you see that person, you think about it or even start pushing for repayment, which isn’t going to happen anytime soon. If you feel charitable, then make a straight donation and be done with it.

“Ridiculous”, you say? It has happened. At one time, people had dreams of getting rich by investing in these large, flightless birds. They were going to breed and raise them to “give beef a run for its money.” As if. I remember a couple of farmers buying a few of these big, ugly creatures around where I live and he definitely didn’t get rich off of them. Spending your refund on exotic animals or “money-making” schemes is like flushing your refund down the toilet. People do it every year, though.

Unless you’re making a trip to Las Vegas, please don’t blow your entire refund on a one-night or even a weekend party. Countless folks each year do just that. And, to me, the worst thing about it is that they are doing it at their local bar or club. You may disagree with me but blowing all of your money on “a night on the town” in anywhere but Las Vegas is utterly moronic. “Go Big or Go Home!” Or in this case, “Go Big or Stay Home!”

Back Taxes or State Taxes

Now, I see this ridiculous in two ways. First, you should never owe back taxes to the federal government if you make sure that you have the required amount withheld from your paycheck. You can estimate it on the IRS website. I do understand that sometimes there are extenuating circumstances but lots of folks just owe because they were careless or have put off paying their taxes to begin with. Don’t be in debt to the government. Second, I think it’s ludicrous to have to use part of your federal tax refund to pay your state tax bill. And, yes, I have been guilty of that and, yes, I do resent it. My state seems to always declare that I owe them something at the end of the year no matter how much I try to adjust my tax form. I’m frankly suspicious and it makes me want to move to Florida. It also makes me feel cheated out of my refund money and if you’ve had to do it, I’m sure you know how I feel. (Stepping off soapbox now.) 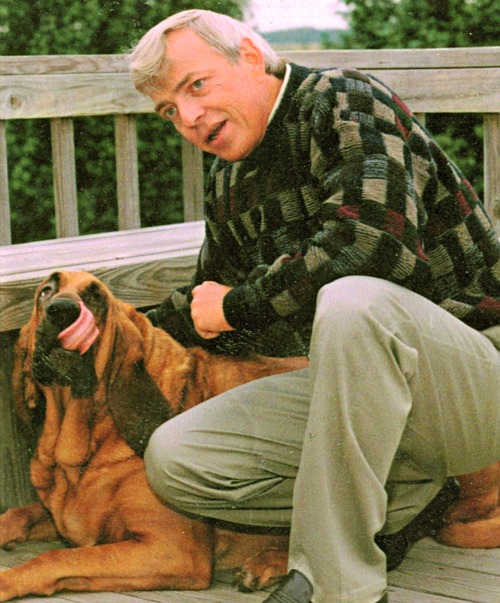 Buck the Bloodhound is the first neuticles recipient.

Buck the Bloodhound is the first neuticles recipient.

That’s right. Neuticles. It takes spending your tax refund on implants to a whole ‘nother level of ridiculousness. Some folks just lover their do so much that they are willing to help him feel like a man again and will spare no expense to do it. They will take their hard-earned tax money and pay to have their dog fitted with a brand new pair of artificial testicles. Folks, if I want to see my refund in action, I can think of a few better ways than to see it swinging underneath the hindquarters of the family pet. “And, that’s all I have to say about that.”

Why, oh why, do people feel the need to purchase “exotic” food or meals with their refund? This is another way of effectively flushing it down the toilet because in a couple of hours that’s where it will end up anyway. People will go out and buy caviar and truffles (the fungus kind) just because they’ve never tried them before and then can‘t choke them down after the first bite. What do you do with that tin of Beluga caviar that you’re not going to take another bite of and neither are your family members. Give it to the cat? Now, there’s nothing wrong with trying exotic foods but do it where you’re getting something else out of the experience. I tired caviar for the first time on a cruise, where it was included with the food offerings. I hated it but at least I wasn’t left with an entire tin of it and an empty-feeling hole in my wallet.

I know, I know, they have “power laces,” they’re just like the ones in “Back to the Future II,” and they’re total collector’s items. These tennis shoes may be the most ridiculous item people will spend their money on in 2016. (Of course, the year’s still young.) Droves of folks are going to flock to the auction to buy these sneakers when they come out in the Spring, which coincides perfectly with when tax refunds will be going out. But instead of, at the very least, going the smart route and putting them up so that they stay pristine, they’ll wear them a couple or so times and scuff them up. I mean I love “Back to the Future” just as much as the next girl but if I’m going to spend that kind of money (It’s an auction, you figure it out.), I would rather try to acquire a souped up DeLorean because at least you can drive it.