Colorful graphics, intriguing story lines, relatable characters…sounds interesting, right? These are just a few reasons anime series have blown up in recent years. If you’re new to anime, you’ve probably heard words like manga and cosplay thrown around. Manga are simply comic books typically created in Japan whereas anime series are the television shows and/or movies based off those Manga. What about Cosplay? That’s where this gets really interesting. The multitudes of anime and Manga admirers also enjoy dressing up as their favorite fictional character. This is where BUDK.com comes in! We have a huge selection of Anime and Video Game inspired swords that are perfect for the cosplayers as well as the enthusiast that just desires a display piece for their home! 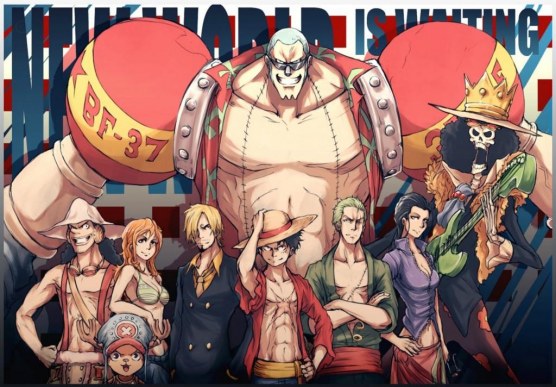 With 345 million copies sold worldwide, One Piece is officially the best selling manga of all time. Anime enthusiasts hold One Piece in high regard for its groundbreaking artwork, characterization and storyline. One Piece centers on the trials, tribulations and adventures of Monkey D. Luffy and his quest for the world’s most prized treasure, One Piece. If Luffy can find the treasure, he will become the next Pirate King. During his journey, he inadvertently eats a Gum-Gum Fruit which gives him rubber powers. These rubber powers enable Luffy to stretch his body at will and make him virtually immune to blunt force and electric-based attacks. Luffy doesn’t normally fight with weapons during his battles; however, many types of swords are present throughout the anime series including Katana, Cutlass, and Saber and Kukri swords.

Bleach is widely accepted as one of the best anime series ever created. The anime series is based off a popular manga (Japanese comic book) with the same name; although, 111 of the anime episodes are based off original material that was never part of the manga. The plot of Bleach centers on the adventures of Ichigo Kurosaki. Ichigo is a Soul Reaper which means his main jobs are to protect humans from evil spirits lurking around the earth and guiding departed souls to the afterlife. When Ichigo learns his mentor, Rukia Kuchiki, has been framed and sentenced to death by a high ranking Soul Reaper, he sets forth on a journey for vindication and redemption. Ichigo is a skilled hand to hand combat fighter and is often seen wielding his sword, Zanpakuto, in battles.

Sword Art Online is an anime series that spans several /Swords-2883http://www.budk.com/category/Swords/2883.uts" title="Buy Swords" target="_blank">Sword Art Online, or SAO, is the first of four realms Kirito must battle through to “win” the game and achieve freedom from the virtual world. Kirito’s primary sword, the Elucidator, is a pitch black sword with trims of gray. The Elucidator measures a little over 47 inches and is an evenly balanced, razor-sharp, powerful sword! 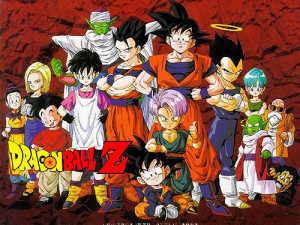 The Dragon Ball manga has sold over 230 million copies worldwide making it one of the most celebrated anime series of all time! The plot of Dragon Ball is a spin on the popular “coming of age” story line which follows the maturation of a monkey-tailed boy named Goku. Goku’s ultimate goal is to find the seven Dragon Balls hidden throughout the world which will summon the dragon Shenlong. Shenlong will then grant the possessor one wish. Arguably the most prominent weapon in the Dragon Ball anime series, the Z sword, is similar to the extremely popular hand-and-a-half sword. The Z sword, or Zeta Sword, is designed to be an optimal cutting weapon as opposed to thrusting.