The Evolution of the Straight Razor 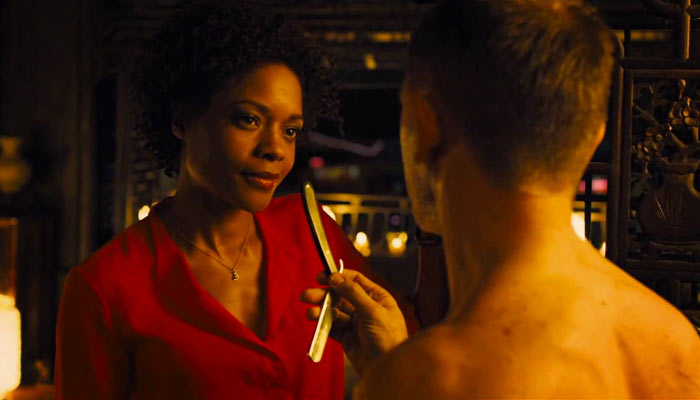 The Straight Razor has come a long way from its humble beginnings in ancient times as just a piece of sharpened flint or seashell to the Shavette, a straight razor/disposable razor hybrid. For centuries, in one form or another, the straight razor was the only implement used for those who wanted that close shave – or as close as they could get with what they had to work with.
When metalworking made its appearance copper-alloy razors made theirs, too, in Egypt and India. However, after the historical metallurgical event that was “bronze,” the Egyptians dumped those for bronze razors. This was definitely an improvement over sharpened seashells.
Early razors were really shaped more like miniature hatchets and were fashioned by the local blacksmith. To be honest, as evidenced by paintings from the 1500s through the 1600s, they weren’t that popular because it seemed like everyone was still sporting beards. But if you don’t have a good product to work with from the start … 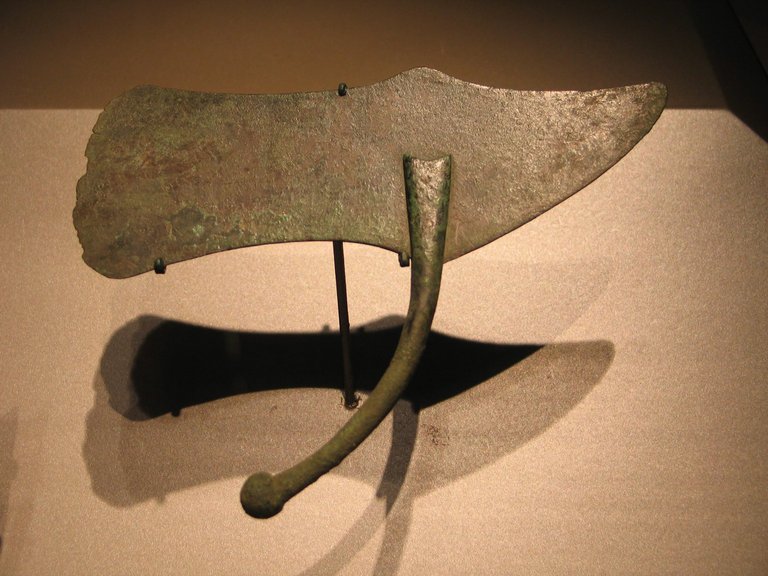 Bronze Egyptian razor at the Brooklyn Museum.
The first, on the book, record of manufacture was in England in 1680 with Robert Huntsman coming in during 1740 to invent a “cast steel” that revolutionized the quality of the blade at that time. Sometime before going into the 1800s, straight razors evolved so that the blade and handles took on more of a wedge shape. Also, handles became a little more decorative and were made of wood, horn and bone. The quality of materials used in making razors has continued to improve through the decades.
During the 1800s, thanks to scientist Michael Faraday, the revolutionary “cast steel” was replaced by even more revolutionary “silver steel” to fashion blades from. The design of the straight razor also became more streamlined from the handle to the blade. The handles became more curved and the tang of the blade became more prominent. Also, etching on the blade became popular, especially photo—etching. In the latter part of the century, celluloid became “the thing” to make straight razor handles out of because of the variety of possibilities in design this medium offered and hollow-grinding the blade pretty much phased out the wedge-shaped blade. Wealthy men would have a razor for each day of the week to rotate through, so, they could have a fresh, sharp blade every day. Sets of seven straight razors were sold specifically for this purpose. Dovo has a variety of straight razors.

Dovo has a variety of straight razors.

With King Camp Gillette’s safety-razor taking the stage in 1901, the straight razor started to fall out of fashion. The safety-razors required less time and effort to use and maintain. Afterall, we value convenience. Regardless, of the decline in popularity, companies like Dovo still produced straight razors for consumers who preferred them over the Gillettes. Dovo was founded, in Solingen, Germany, in 1906, and has since become one of the top manufacturers of straight razors. The demand for a razor stamped that it was made in this German town became so great, that the name of the town was copyrighted in 1938. The straight razors made in Germany, today, are still in high demand for their quality of construction and quality of production materials. With the passing of time and advances in steel production, straight razor blades, now, are made out of rust-resistant stainless steel or a high-carbon steel that can be honed to an incredibly sharp edge.

Over the past few years, the straight razors have found renewed interest in consumers and manufacturers and retailers have seen an increase in sales, along with barbers, who offer the service of a straight razor shave. The renewed interest in the straight razor, some say, is due in part to the release of the James Bond flick, “Skyfall” and the image of “masculinity” it portrayed. There are a variety of reasons, though, that men have returned to this type of razor including, nostalgia, economy, quality, and longevity. Many have found this method of shaving to be less of an irritant to their skin, too. Whatever the practical reasons may be, there is, undeniably, an elegance of design to a Straight Razor that you just don’t get with a Bic. Maybe, you should trade up.