Is Georgia Trying to Take Your Guns? 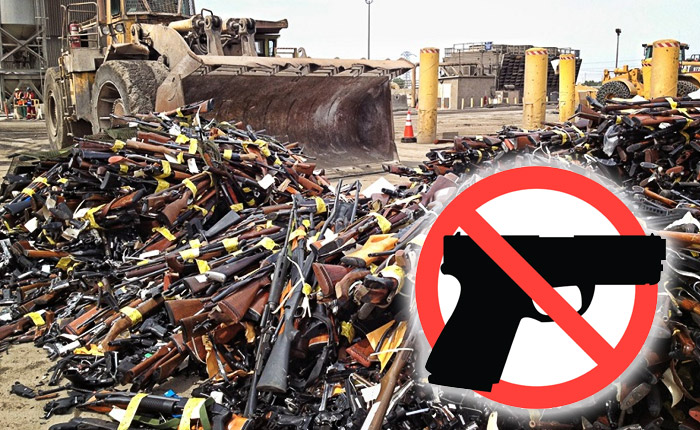 By Adelia Ladson
Alright, you gun-owners in Georgia, you need to step it up! What is happening in your legislature? I caught the news the other day that a bill (HB 731) was up that would declare all automatic and semi-automatic weapons contraband, allowing them to be seized and taken possession of by the Georgia Bureau of Investigation. So, basically, if this bill passes, it will be illegal for citizens to own a semi-automatic or automatic weapon and jail-time is the penalty. Furthermore, the GBI will come and take them from you. Georgia gun-owners are you going to let that happen or let your voices be heard?

Now, I don’t know about you, but this piece of legislation makes me a little nervous because, if it passes, it could further open the door to something that could spread nation-wide. Something that I believe is, in essence, un-Constitutional. The Second Amendment states that we have the right “to keep and bear arms.” It doesn’t say, “but not these arms” and then give a list. There are no ifs, ands or buts in there. There are already eight states, plus Washington, D.C., that have bans on the types of guns their citizens can possess and own. I would hate to see it become a domino effect, if Georgia falls.

Folks, what it really boils down to are our liberties, which are the freedoms that we have as citizens of the United States of America. Our country was birthed because we were sick and tired of oppression and our forefathers picked up arms and fought for us to be a free country of people living in the pursuit of happiness. Now, I don’t think that there are going to be happy gun-owners or business owners, in a state that adopts this kind of legislation, if their guns and livelihood are taken away. Yes, this will affect people who make their living selling semi-automatic and automatic weapons and I’m not talking about the big companies that have government contracts. What about their freedom to pursue making a living at something they’ve mostly likely done for years.

So, what do we do to prevent this? I wouldn’t want my choice taken away on what kind of firearm I can own. I wouldn’t want state authorities coming into my home and taking away my chosen method of home defense or just something that gives me pleasure to go out and shoot recreationally. (Maybe, shooting is your pursuit of happiness.) What we do is let our voices be heard. Georgia gun-owners, “the squeaky wheel gets the grease.” This bill (HB 731) didn’t just appear at of thin air. It has legislators who sponsored it and are trying to get it pushed through the Georgia General Assembly. So, I’m going to make it easy for you and give you the list of sponsors and their contact information below. Both email and telephone numbers.) So, what are you going to do about it then?