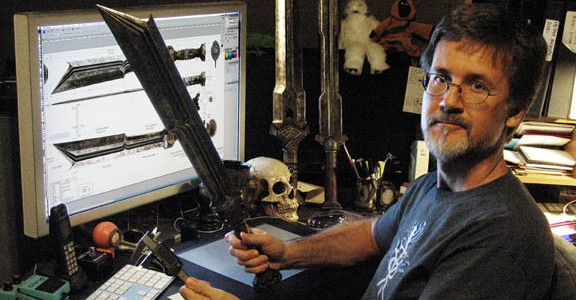 Kit Rae is probably the most famous fantasy weapon designer of all time. His Swords of the Ancients series began many years ago and still continues to wow fans today. But, one thing you probably didn’t know about Kit is he has designed thousands of knives and swords, and most of them weren’t even fantasy related. We receive an e-mail or Facebook message at least once a week on how one might get started designing knives or swords as a career. So, we decided to find out from the source himself. Check out this exclusive Q&A with Kit Rae below, as well as some photos and designs from the past and present. 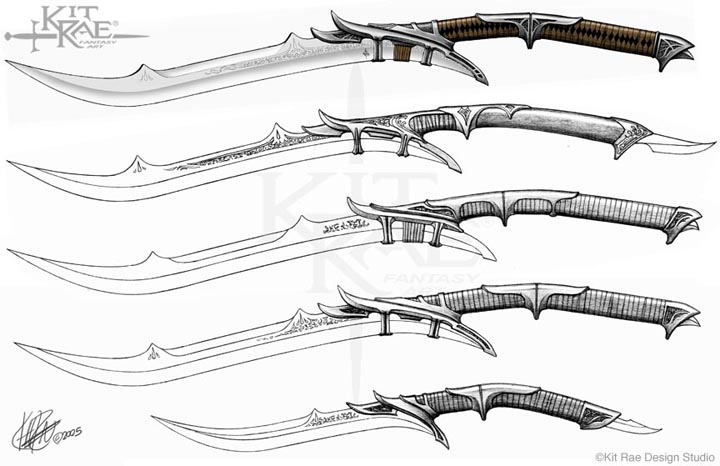 BUDK: When did you begin designing swords and knives?

Kit: I was always drawing things as a kid, so that is when I first started designing swords and knives. I was a Tolkien fan so I illustrated the various swords in his books books, and weapons from other books, like Frank Herbert’s Dune. My first real knife designs that were actually produced were created in 1984 when I was still in high school. I was doing freelance art work for the original owners of United Cutlery – painting advertisements, blade etch art, graphic design for packaging art, et cetera – then they asked me to help them design some knives. I was basically trying to design ideas that they came up with, mostly collectibles, novelty, and gimmicky products. It was fun, but most of it was not very good, and I had little idea how to accurately translate drawing to a final product. 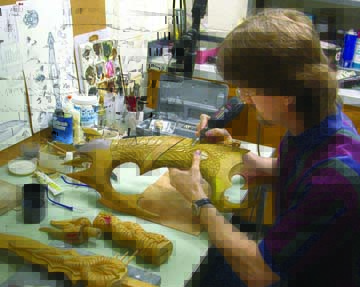 BUDK: What is your background in that got you started?
Kit: It was mostly from my interest in historical weapons, throwing knives, and being a knife user and collector. The rest was kind of learned along the way by doing. After a few years of working on a variety of things for United, they wanted more and product designs. That was more the direction i was interested in going, so I decided to actually learn about knife making. I was already into the historical aspect of knife and sword design, but I visited several knife factories and learned all about blanking and grinding blades, forging and heat treatment, casting, and injection molding. I also learned CAD and studied tool making so I could engineer and translate my designs into the real world more accurately.

All through that time I was designing functional knives, folders and hunters, and survival knives, but I was getting more interested in medieval styled daggers and pure fantasy knives. I was an avid reader of mythology, fantasy, and science fiction, and I followed a lot of the top fantasy artists at the time, like Frank Frazetta. I naturally gravitated more to that direction. There was a growing demand for my fantasy designs and the designs I worked on for United Cutlery’s Gil Hibben line were doing very well, so I decided to create my own sword and knife line in 1997. 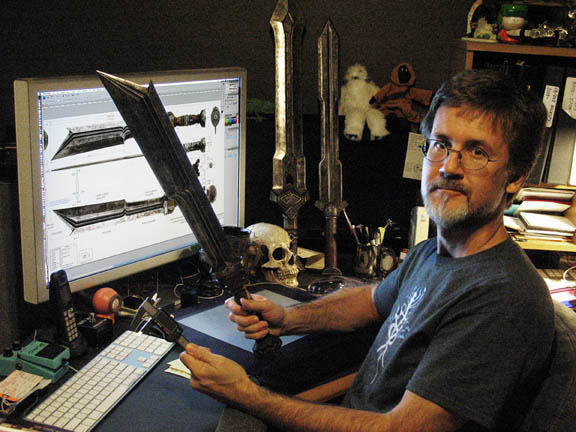 BUDK: How many designs have you produced over the years?
Kit: Thousands I’m sure, but designs that were actually made into products, if you include my brand and the various brands I have designed for – Colt, Harley-Davdison, Rigid, United, Hibben, Remington – probably more than 500 products. There are far more tactical and sporting knives that I have designed than the fantastical stuff, but most people are not aware of all that work because I don’t put my name on it. 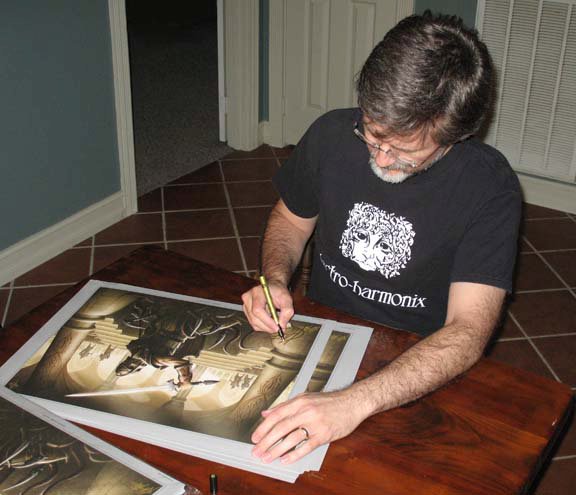 BUDK: What was your favorite design project to work on?
Kit: I have lots of favorites. In my own line, it would have to be my first two fantasy swords, the Sword of Darkness and Sword of Vaelen. That’s just because it was the first time I had the opportunity to design and make my own fantasy weapons, which was something I had been wanting to do since I started in this business. It was also the first time I was able to include some of my artwork with the product as an art print, and start writing a mythology behind the weapons. Everything came together with those first two swords. Outside of my own line, the M48 Kommando series has been a recent favorite to design, especially the Hawk axe. 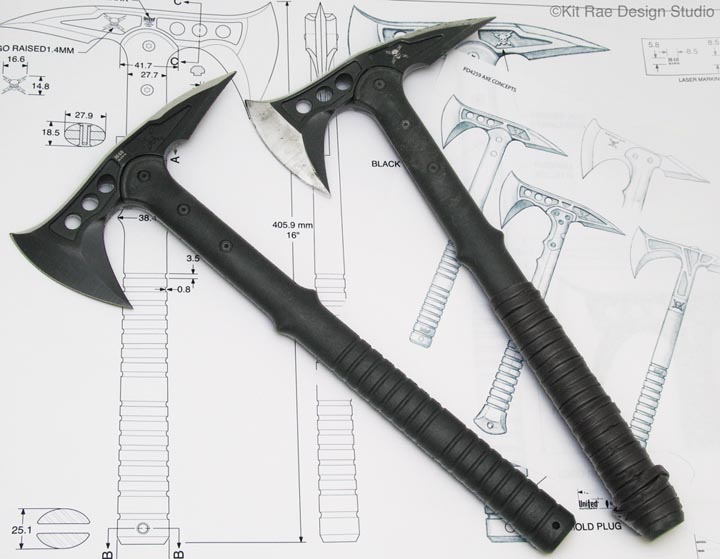 BUDK: Could you tell us a little bit about how you are involved in weapon design and replica production in the film industry?
Kit: It started about 25 years ago with the Rambo and First Blood licensed movie knife replicas. That sparked a long association with film, television, and video game properties. There have been dozens, but some of the well known licenses are the Lord of the Rings weapon line, God of War, Darksiders, the Frostmourne sword from World of Warcraft, the Expendables, and currently The Hobbit. I do not design any of that, other than coming up with how the replicas will be displayed. I just help in getting the replicas made so the original designs remain as unchanged as possible when they are translated into production versions for collectors. I basically supervise the design development and engineering, which involves talking molds and measurements of the props, then figuring out how best to translate them into a real world weapon, creating manufacturing drawings, and specifying materials, construction methods, and finishing.