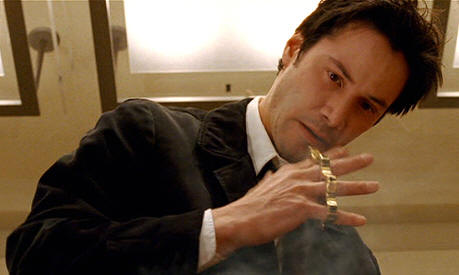 Brass Knuckles, a.k.a. paperweights, in some form or other, have been around for centuries possibly getting their start in the gladiator arenas. Used for hand-to-hand combat, to basically increase the power of the wearer’s punches, they seemed to have retained their popularity over the decades. As amazingly simple of design as they are and they really are just a hunk of shaped metal, they have been deemed illegal in several countries and restricted or banned in some states. I find that fascinating for something that is not automatic or even sharp and pointy. What is the stigma which surrounds them? 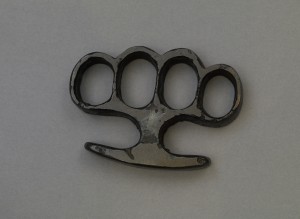 Abraham Lincoln’s bodyguard carried these.
There’s no doubt that they were used as weapons of war in the United States. If a solider, during the Civil War, couldn’t afford a pair of iron knuckles, he would craft his own out of wood or sometimes out of melted down lead bullets. During World War I, the Army issued “knuckle knives,” (the forebears of the modern trench knife) and soldiers used them for hand-to-hand combat when taking trenches on the battlefields of Europe. But Bowie Knives and Machetes were used, too, and there’s not nearly the controversy surrounding them, today, as the brass knuckles.
Maybe, some of the reason for the stigma surrounding them is that they have a very long relationship with gang culture. And, folks, I mean a very long relationship. We’re talking about dating back to the 1850s during “The Gangs of New York” heyday. When they went to “war” with each other, in Hell’s Kitchen or Five Points (slums of Manhattan), knuckledusters were used, along with pitchforks, axes and brickbats.
The use of brass knuckles by gangs in New York continued through the Twentieth Century with the Italian crime families and with the “Greasers,” who also preferred stiletto knives. In fact, the stiletto became a symbol of delinquent youths in the 1950s and was banned in 1954 in New York. Although, I don’t think metal knuckles were a symbol of delinquent youth in the early part of the Twentieth Century, they were still illegal in New York State as far back as 1909. Obviously, this didn’t dampen their appeal with gangs then or now. 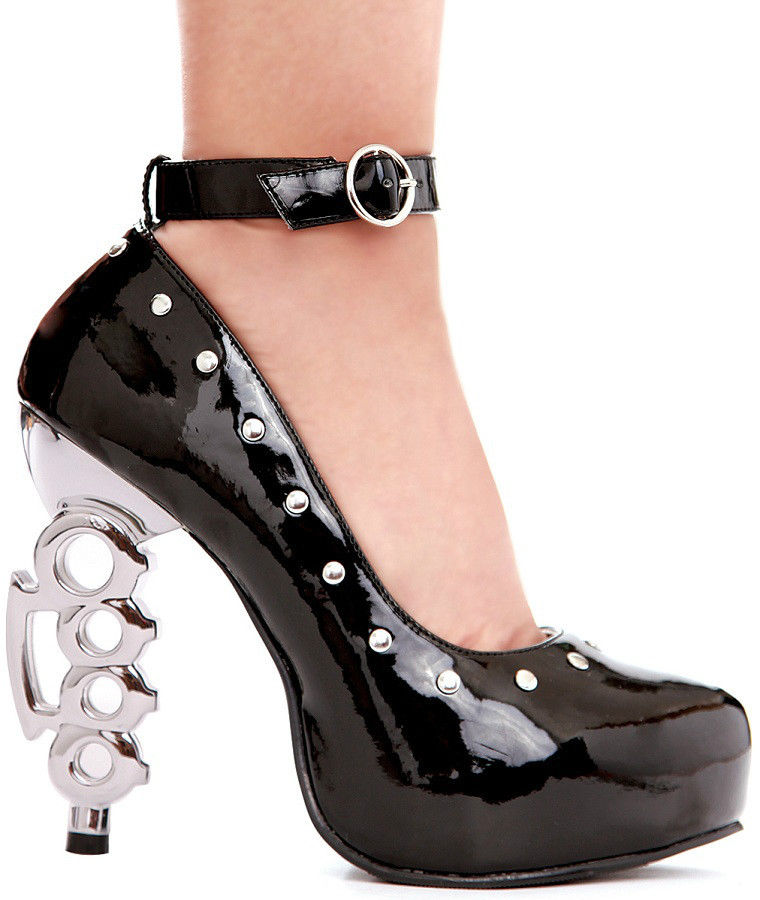 The height of fashion inspired by brass knuckles.

The height of fashion inspired by brass knuckles.

Today, brass knuckles are still a favorite of motorcycle “clubs”, Mafia members and thugs, who are “living the Gangsta Life.” Some of the appeal is probably because of the nod they have gotten from Hollywood, over the years, in films, like “From Russia With Love,” “Constantine,” “The Expendables,” and “Lawless.” In a weird way, they’ve been given fashion accessory status in and out of the “gang community.” You see them as rings, necklaces, belt buckles, cell phone cases and even as heels for women’s high-heeled shoes.

But folks, what it still boils down to is that somehow a specifically shaped hunk of metal (whether made of iron, lead, brass or platinum) has been given a “weight” in our society that just seems rather ridiculous in the grand scheme of things. Just sayin’.