Armed Forces, whether United States or other, offer a great opportunity that many folks overlook – great, readily available survival gear. If you think about it, soldiers are the experts when it comes to survival in SHTF situations. Just ask any veteran who has lived day-by-day in combat in city, desert or jungle. When things get rough, it's all about the gear you have at your disposal that will keep you alive. Checking out a military surplus store is definitely worth your time and effort. Here are some suggestions of items that you might consider adding to your survival cache. 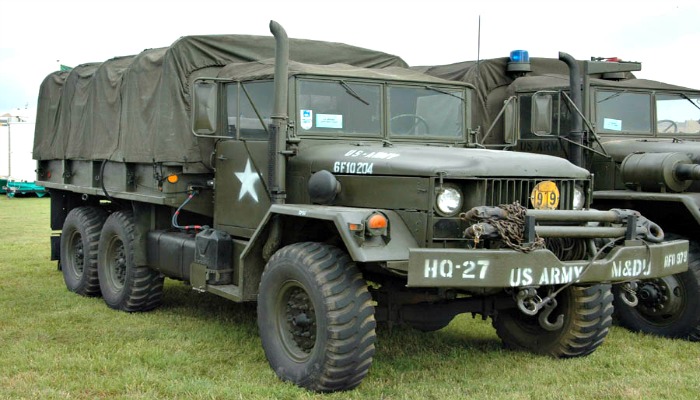 Deuce and a Half

Like they say, “Go Big or Go Home”! When it comes to military surplus items, you can’t get much bigger than a Deuce and a Half. You want a vehicle that can muscle its way through just about any situation, get one of these monsters. This M35 Multi-Purpose Medium-Class Military Truck can be found online for sale and, weighing in at 13,000 lbs, it won’t fit in your mailbox. You will need to put some effort into acquiring one of these massive trucks but, really, when you look at the benefits, it’s totally worth it!

If you don't have an Army Survival Manual, go right now to a store or online and get you one. This is the handiest book on literally everything about surviving in the wilderness and living off of the land in a pinch that you could possibly think of. When you open it and see that is was fist issued in 1957, you may raise your eyes but, folks, not a thing has changed when it comes to what you need to survive – fire, food, water and shelter. This manual addresses all of these things from instructing you on how to build a fire without matches to which plants are edible and which plants are poisonous. It also gives you instructions on cleaning and skinning game and how to effectively cook it within the environment you are in. I don't think that I've read a more user friendly (It has diagrams.) manual and by the way, if you're still worried, the editions you can find readily available, now, have been updated since 1957. 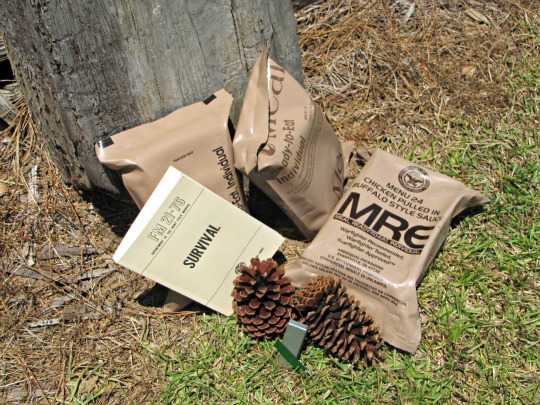 If you have MRE's and the Army Survival Manual, you're good!

If you have MRE's and the Army Survival Manual, you're good!

They may not be filet mignon but MREs (Meals Ready to Eat) will give you all the calories that you need to keep you going. The packs contain a main course, side dish, dessert, basic seasonings, utensil, drink mix and flameless ration heater. In fact, there are about 24 different MRE entrees out there including chili with beans, cheese tortellini, Asian beef strips and Mediterranean chicken, just to name a few. They are compact so they are easy to carry and to store and they can also be purchased in bulk. You can find them ridiculously easily (Just click above. ) and they're not expensive at all. They are supposed to have a shelf life of about three years but I have seen a video where an MRE that was more than 20 years old was opened and tasted and was still good. The military has improved them over the years but let’s face it they are still food in a bag. But do you really care, if they will keep you from starving to death and give you the nutrition you need to survive?

Don’t underestimate the value of a good Chinook – not the RV model. (Okay, maybe you can get bigger than a Deuce.) Just a couple of years ago, the Army began auctioning off their older Boeing CH-47Ds. Now, you may think, what in the hell am I going to do with a Chinook but consider the possibility. It is the ultimate “get outta Dodge” vehicle. Of course you do need someone to be able to fly the thing but believe me that’s just a minor detail when you think about being able to bug-out with your family and all the gear you need. You can really put some distance between you and disaster. And when I say your family and gear, I mean your extended family including your in-laws, your aunts and uncles and even your third cousins twice removed. Since it can carry a payload of up to around 26,000 pounds, you can bring everyone and everything including the kitchen sink.

The Mosin-Nagant Rifle is a good, cost-effective, rifle that is in great supply because it was one of the most mass-produced military rifles in the world. The ammo is easy to find and cost-effective, too. Now, it is a Russian weapon but it has been used widely by many countries over the decades, making it the longest serving firearm in history. Now that's speaks to reliability. It's a bolt action rifle that fires about 10 rounds per minute, effectively hitting a target at about 550 yards. It’s a beast of a firearm and incredibly accurate. It's a great rifle to take down big game with. It's not pretty or necessarily comfortable to shoot but it will blow a very big hole efficiently in anything you point it at. You can find the rifle and the ammo online, in surplus stores and, also, at gun shows. 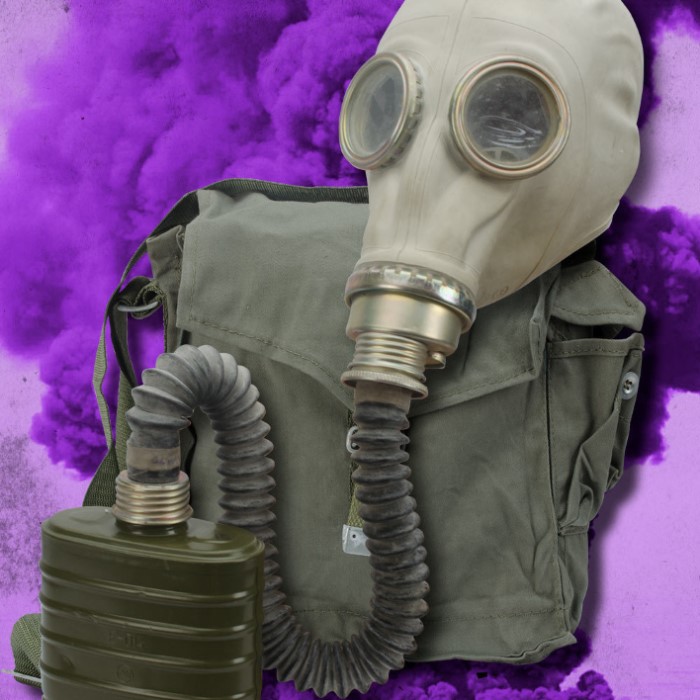 It's better to have a gas mask before it happens.

It's better to have a gas mask before it happens.

Have you ever thought about owning a Gas Mask? If you haven’t, then you really need to check them out. When you talk about life-saving military surplus items, these are at the top of the list. There are many scenarios I can think of where you might need a gas mask but it only really takes just one – and you better hope you have one in advance. That being said, these gas masks do give you other uses, too. They're perfect for Halloween, they're great conversation pieces and they're also handy for cooking disasters. And since they're in such abundance, you can buy one for every member of your family and your dog. You can even choose from a variety of different types because they've been made by different countries over the years. The replacement filters to go in them are just as easy to find as the masks and some can be found in bulk. In an atmosphere that is constantly changing and you don't know what the next day may bring, it’s always, always better to “Be Prepared”!